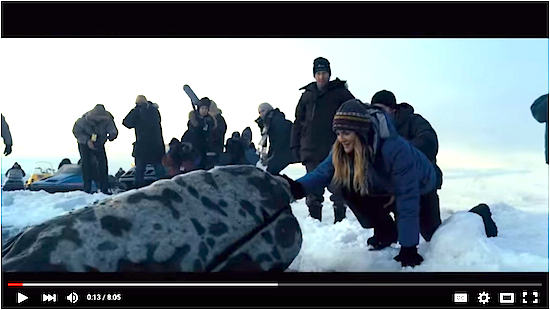 As winter approaches we always get questions on how to deal with ice in a pond. It’s an important consideration if you have a dock, or similar structure, or you have fish that you might want to protect.

There are several ways to deal with ice build up with the most popular tools being some form of aeration, be it a sub-surface diffused aerator, or a surface based circulator.

Both do a good job, but if the area you’re trying to affect is rather large, then a circulator can make more sense.

Another benefit of this type of deicer is that they can be thermostatically controlled. This means that you can save on operating costs and have the device come on, only when things get cold enough for the water to freeze up.

The main goal with winter deicing is to keep ice from forming in places where it could do damage, or to keep an area open so that gases which naturally come off decomposing material in a pond can be released into the open air, and some oxygen can get into the water.

If ice completely covers a pond for a period of time, the build up of gases and lack of fresh oxygen can definitely cause issues for fish. A few years ago, there were catastrophic losses of fish in many northern ponds where aeration was absent. For those that had it, fish usually survived quite well.

Now you may be wondering just how well something like a circulator will work in cold weather. How cold is too cold?

I’m not sure I can adequately answer that last question because I don’t know where the limit is.

We currently work with the Kasco circulator/deicer and this particular device was designed to deal with ice issues in marinas in Minnesota and Wisconsin. And as you can probably guess, it can get pretty cold up there.

But perhaps the best example of just how powerful a Kasco deicer can be when it comes to ice control, is the true story that eventually became a major motion picture called The Big Miracle.

You can watch a video of the real life story below or read on to learn how a simple pond deicer saved several trapped whales.

Back in 1988, several young whales became trapped in an ice build up near Barrow Alaska. A rescue mission got underway but it was constantly hampered by the bitter cold weather and it was an ongoing battle to keep the ice open so the whales could breath.

Once word got out about the whales plight, and how difficult the ice was to manage, several fellows with ties to Kasco Marine traveled up to Alaska with a couple of circulators in hand. Their offer to help was not immediately accepted but ultimately they were allowed to try a circulator to see if it would help.

And it did an amazing job of keeping the ice open around the whales.

More deicers were brought in to help as workers cut sections of the ice out over a several mile stretch to open water.

In the end, several of the whales were saved and it truly was a miraculous effort and end result.

So how cold is too cold?

I’m honestly not sure, but I’m fairly confident that even in the coldest ponds in the lower 48 states, there’s probably nothing that this circulator can’t handle when it comes to ice control.

If you’re in need of a great ice management tool for your pond or lake and want a reliable way to protect your dock, boat, marina, or fish from the dangers of ice buildup be sure to visit this page today.