This is exciting news that I can finally share!

After a year and half of intense development, I’m thrilled to report that the all new, Quattro-DB ultrasonic system is available! And when I say it’s a game changer for algae control…particularly for larger ponds and lakes, I’m not using that term lightly. 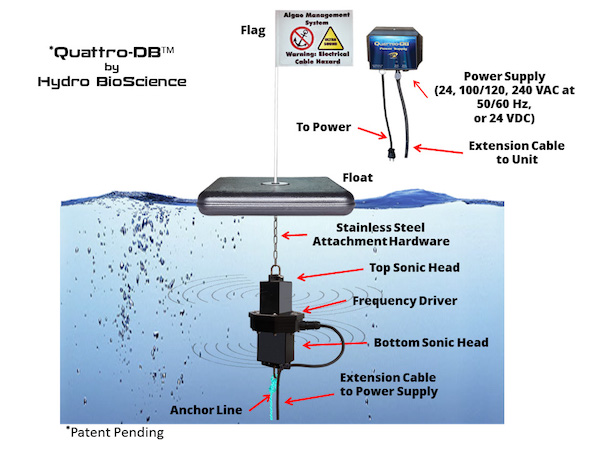 END_OF_DOCUMENT_TOKEN_TO_BE_REPLACED

As winter approaches we always get questions on how to deal with ice in a pond. It’s an important consideration if you have a dock, or similar structure, or you have fish that you might want to protect.

There are several ways to deal with ice build up with the most popular tools being some form of aeration, be it a sub-surface diffused aerator, or a surface based circulator.

Both do a good job, but if the area you’re trying to affect is rather large, then a circulator can make more sense.

Another benefit of this type of deicer is that they can be thermostatically controlled. This means that you can save on operating costs and have the device come on, only when things get cold enough for the water to freeze up.

The main goal with winter deicing is to keep ice from forming in places where it could do damage, or to keep an area open so that gases which naturally come off decomposing material in a pond can be released into the open air, and some oxygen can get into the water.

If ice completely covers a pond for a period of time, the build up of gases and lack of fresh oxygen can definitely cause issues for fish. A few years ago, there were catastrophic losses of fish in many northern ponds where aeration was absent. For those that had it, fish usually survived quite well.

Now you may be wondering just how well something like a circulator will work in cold weather. How cold is too cold?

I’m not sure I can adequately answer that last question because I don’t know where the limit is.

We currently work with the Kasco circulator/deicer and this particular device was designed to deal with ice issues in marinas in Minnesota and Wisconsin. And as you can probably guess, it can get pretty cold up there.

But perhaps the best example of just how powerful a Kasco deicer can be when it comes to ice control, is the true story that eventually became a major motion picture called The Big Miracle.

You can watch a video of the real life story below or read on to learn how a simple pond deicer saved several trapped whales.

Back in 1988, several young whales became trapped in an ice build up near Barrow Alaska. A rescue mission got underway but it was constantly hampered by the bitter cold weather and it was an ongoing battle to keep the ice open so the whales could breath.

Once word got out about the whales plight, and how difficult the ice was to manage, several fellows with ties to Kasco Marine traveled up to Alaska with a couple of circulators in hand. Their offer to help was not immediately accepted but ultimately they were allowed to try a circulator to see if it would help.

And it did an amazing job of keeping the ice open around the whales.

More deicers were brought in to help as workers cut sections of the ice out over a several mile stretch to open water.

In the end, several of the whales were saved and it truly was a miraculous effort and end result.

So how cold is too cold?

I’m honestly not sure, but I’m fairly confident that even in the coldest ponds in the lower 48 states, there’s probably nothing that this circulator can’t handle when it comes to ice control.

If you’re in need of a great ice management tool for your pond or lake and want a reliable way to protect your dock, boat, marina, or fish from the dangers of ice buildup be sure to visit this page today.

Sometimes I find myself questioning if certain topics are worth talking about. Standing on thin ice would be one of those but in truth, it’s a very important thing to talk about.

The proof in this is the various news reports you see every winter, where people, pets, or even wildlife end up falling through the ice and either get rescued (which is a good thing, but there are risks to the rescuer’s too) or they end up freezing to death (and that’s just not a good outcome).

So with that in mind, here’s some helpful advice from the Penn State Extension service.

Always know the strength and thickness of the ice on the farm pond before doing any activity on the ice. Because ice is a complex formation no ice is completely safe. Newly frozen ice is typically stronger than old ice. Ice that has thawed and refrozen can be weak and potentially dangerous. Temperature, precipitation (e.g., snow, sleet, rain), age of ice, water depth, and water quality are all factors involved in the strength and thickness of ice. Just because ice may be several inches to a foot or more thick does not guarantee its strength.

Before attempting to cross a frozen pond, conduct an inspection to determine the ice’s thickness by drilling a hole through and chipping at the ice every 10 feet out from the shore. Examine the ice for thickness and color. High density ice is present if the ice comes off in chunks when it is being chipped. Low density and deteriorating ice is present when the ice comes off in flakes or thin layers. Inspect the ice conditions every time you go onto the ice because condition, strength, and stability of ice can change quickly depending on the temperature, weather, and sunlight. Ice that has been exposed to air temperatures above freezing (32 F) for six hours over a 24-hour period can rapidly lose strength and stability. The following table outlines the type of ice and its potential stability.

You’ll find a very useful reference table on the PSE site as well as some other safety tips (year round) that might really be helpful to you. The fact is, people and animals do drown in ponds every year, and unfortunately many of the victims are children.

But with the right mindset, training, and awareness, many of these tragedies can be avoided.

Disclaimer: No that is not me in the picture standing by the “thin ice” sign. Personally I wouldn’t do anything that crazy (or insert other word as required) and I hope this fellow remained above the water line. – MW 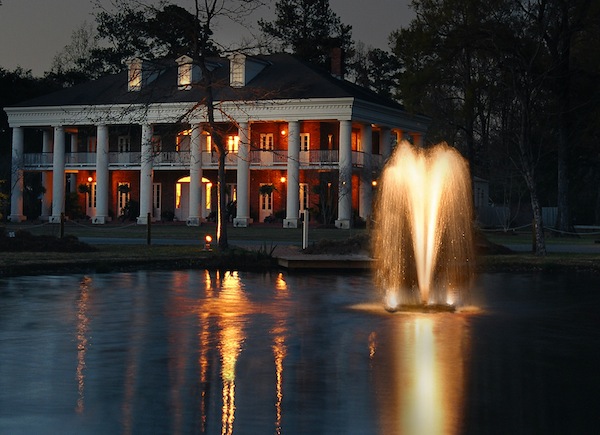 Over the years I’ve gotten a lot of questions on pond fountains and aeration in general. And I think a misconception of sorts came out of some of what I’ve written before.

People got the idea that I didn’t like fountains. But that’s not really true.

It is accurate to say that I don’t like fountains in really deep ponds, if they are the only form of aeration. They can never aerate as deeply as a sub-surface aerator so if you’re pond is deeper than say 6 to 8 feet, you really should go to the bottom with the air.

But many people like the beauty and action of a fountain at the surface so it’s fine to put one in a deeper pond along with a bottom aerator and they certainly do help create more surface action for even better aeration up top.

Where they really can come in handy though is in shallower ponds. They can actually work in less than 2 feet of water, and let’s face it, there isn’t any sub-surface aerator that can do really well at that.

So if your goal is to really improve oxygenation in the upper few feet of a pond (or if that’s all you have to work with) a surface fountain is a very good option for your pond.

Along with that, there’s the added benefit of a really beautiful spray pattern.

These patterns are created by using various nozzles on the fountain head. Fountains are powered by motors that range from 1/4 HP up to as high as 10 HP kits.

One of our all-time favorite fountain packages is the Kasco JF series. They have a lot of options when it comes to the motor output but what’s really nice is they come with five separate patterns (most come with just one or two) and they’re all included in the price.

Want a high reaching column? No problem. Want a broad, bell-shaped pattern. Easy peasy. Or my favorite is the combination of the two called the Linden.

With all of these sprays you still get the wonderful, relaxing sound of water falling on the surface of the pond.

So, am I against using a fountain in a pond? Absolutely not. I recommend them highly as long as they fit the pond’s needs in terms of aeration. If you consider that, you’ll get great results with your fountain, and have a beautiful display to look at too. 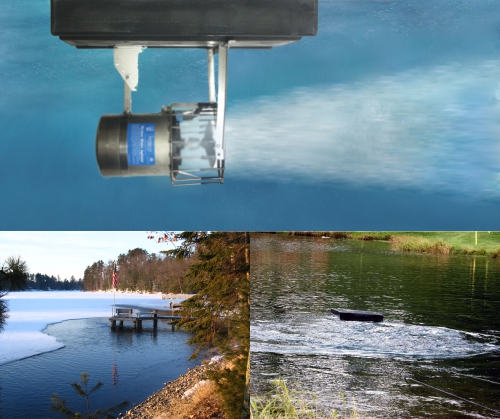 We talk a lot about pond aeration and why it’s so important for almost any size of pond. Normally in our discussions we focus mostly on sub-surface aeration, simply because it does so much for the entire pond. But it should be noted that there are many kinds of aerators for ponds and one of the most useful is actually called a circulator.

A pond circulator isn’t really anything fancy. It includes a motor, usually something like a 1/2 HP up to maybe a 1 HP, which is attached to a specially designed propeller and a prop guard. There are several other options that can be used with a circulator. A floatation device is very useful for working near the top of the pond, and there are dock mounts, and timer accessories which make this a powerful, all season too for pond management.

In the summer months, circulators work great to keep debris from forming in really stagnant waters, and they can work in very shallow conditions (down to about 2 feet or so) and then can increase oxygenation in back coves and hard to reach areas of some ponds.

In the winter, they are the number one tool for ice control around docks and boat ramps, and when used with a thermostatic timer, they will only run when the water begins to freeze up, then turn off when ice isn’t a threat any longer.

We’re finding that we’re using circulators more and more, either on their own, or in combination with other aeration systems and the results have been terrific. So if you find that you’re fighting stagnation, debris accumulation, or have had problems with ice damage in the past, take a look at one of these circulators. It might be just the ticket to a more trouble free pond.

For more information on all of our pond circulators visit this page. 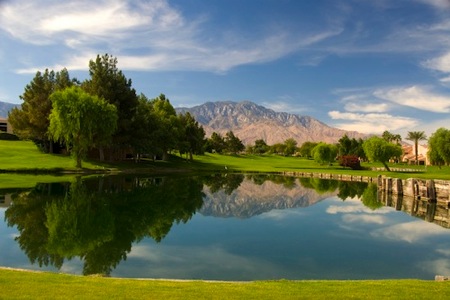 You know, we see a lot of pond problems around here.  Algae, weeds, muck, stench, stagnation, all kinds of colors too.

I’m not going to claim we’ve seen it all because nature is a creative force but we’ve seen quite a bit over the years.

And we’ve worked with a lot of ponds.  We’ve helped most, and been frustrated by some.

So we have a lot in common, you and me.

What this is all leading to, is a question that came up recently from a frustrated pond owner, and it’s time we covered it.

Is every pond recoverable?  Can every one be restored?